Aqualung Acid Trip (As told by my dad) 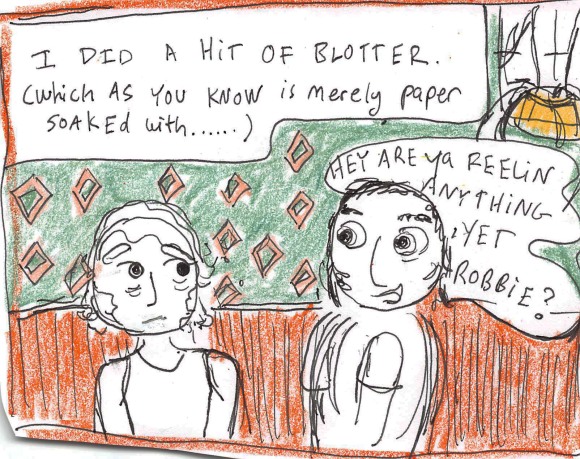 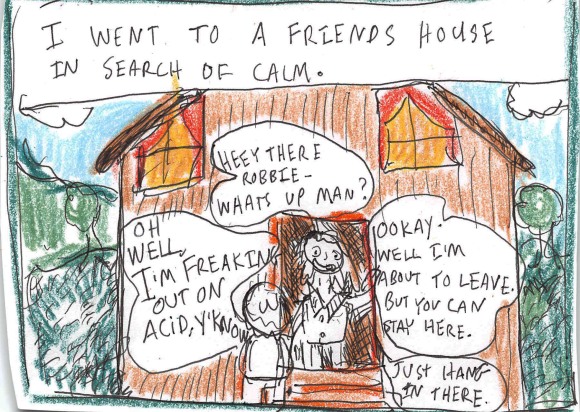 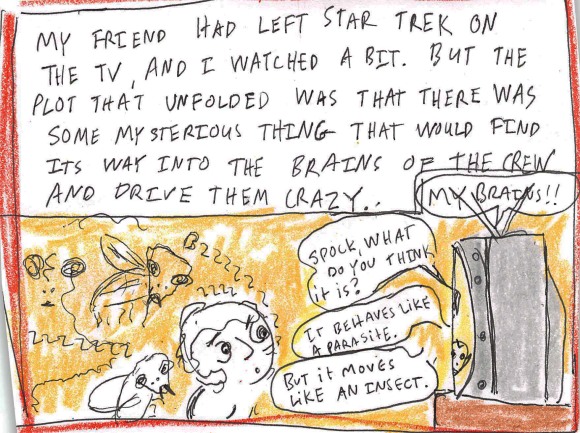 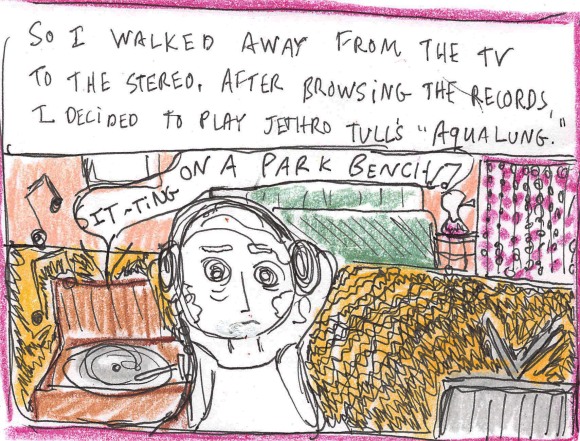 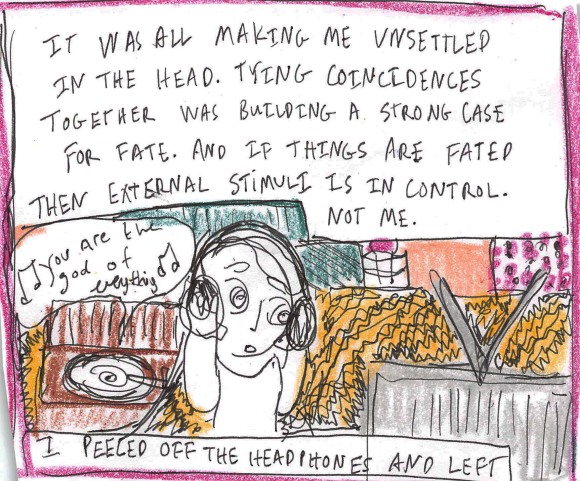 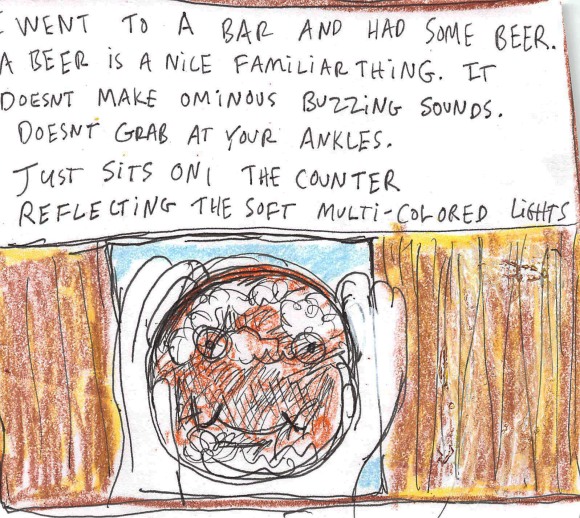 Ah, El Rio. One of our favorite Friday Happy Hour places. Cheap drinks! Friendly staff! Smoking patio! And an outdoor altar dedicated to buddha, the virgin guadalupe, mickey mouse, and Carmen Miranda. Sure, sometimes you get panhandled by people playing pool. But sometimes you get a whole growers jar of bud for just watching some bitches purse. However, if you ever decide to take advantage of the $3.50 nachos they sell on weekends, you will surely thank me every day until you die, because the woman who makes them is SHEER MAGIC.

Of course, whenever we receive our nachos, we make sure to shower her with plenty of praise.

The proper procedure for consuming the magic nachos of magiclandia are as follows: 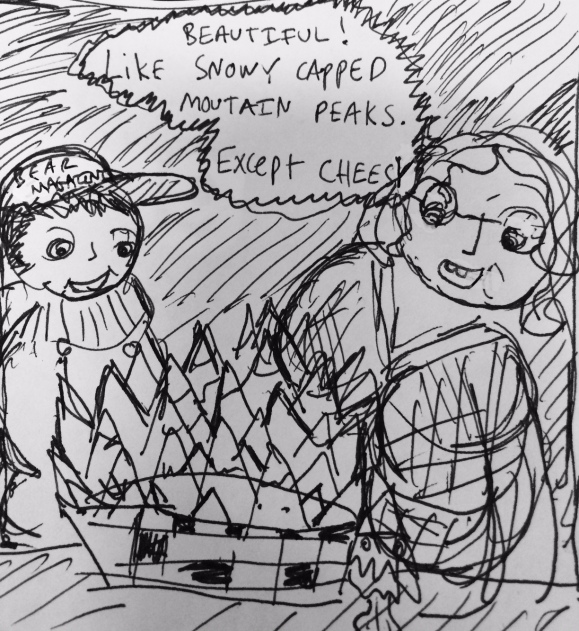 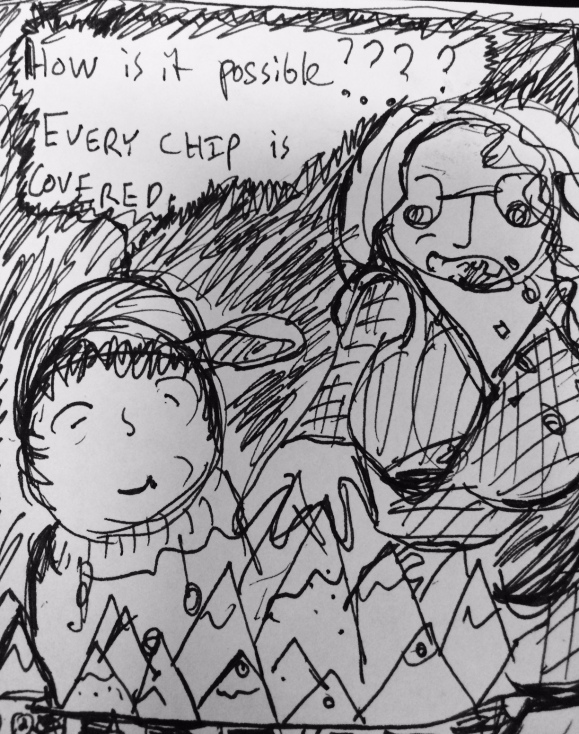 So, it was Yolanda’s last month in the Bay Area, and she wanted to visit all her favorite places, and this meant a field trip to the  Big Gay Russian River.

“Do you think there’ll be any river left?” I asked, getting into the car.  “y’know. California Drought.”

“We’ll see. Hopefully enough to splash around in at least.”

When we arrived at our destination, we parked in the same place we parked last year when we visited the Big Gay River–near a bar and grill which had steps leading down to a flat grassy area which leads to a trail which leads to the riverbanks.

Unfortunately, the way down to the riverbanks  was cluttered with a bunch of stupid  signs from the restaurant, all of which we totally ignored.

After all, we did this exact same thing last year when we went with Yolanda’s ex wife and ex wife’s friend Jess. And Jess had been going to this place for years. “Ah, they just put those up to scare people,” she said.

So, we followed the trail and shambled down the riverbank to a little spot where we set up camp. Then, we  stripped down to our suits, took a few wizard bong rips, and then waded into the water.

“Does it get any higher than waist level?”

“I don’t think so. Ew, there’s weird mushrooms floating in the water! And fish poop!”

“It’s  the kombucha river” I shouted. “Hey, I wonder if we could bottle this river and sell it at a health food store in the probiotic section.”

As I marched down the length of the river like a gladiator, I felt fortunate to have my trusty water socks on to protect me from whatever evil things were lurking at the  bottom of the river. And they most certainly were there, just waiting for me.

I have traumas.  Because of this incident from my childhood, which took place at my Grampas Cabin: 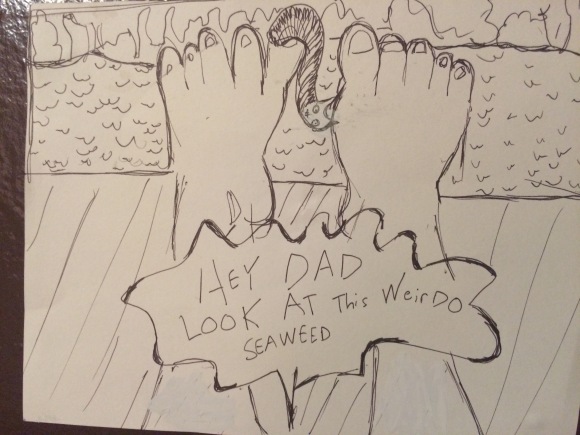 Ever since then, I’ve been fearful of swimming in anything but a hyper-chlorinated pool. After the leech incident, I wore jelly shoes until they went out of style. Then I wore flip-flops. Then I discovered the magic protection water socks.

I walked about two blocks up the river, still only reaching about waist high. It was  some bullshit. At some point, I ducked down into the water so my shoulders were covered.

I then proceeded to “run” in the water, clawing the kombucha mushrooms and dead fish poops like I was some sort of toxic avenger animal. Reliving my old track and field days from childhood.

“Dude, this is actually a really good workout!” I shouted to Yolanda. “Even better than swimming. I’m running! IN the water!”

“Hey man. You know what would be cool? If they invented a machine at the gym where you can run in the water.”

“They have that,” said Yolanda. ” It’s called a treadmill.”

“No dude, this is different. Like a treadmill, but  with stuff added to it for resistance”

Struck with inspiration, I crawled out of the water and drew up the plan:

After awhile, Yolanda and I got hungry and went up to the bar and grill place to have a hot dog.

After we finished lunch, we shambled back down to our spot, we were immediately struck deaf by the barking of an angry, tweaked out dude who resembled Sloth from Goonies, except with more ear hair.

We continued to walk down to our spot.

Okay, chill. Even though there were about 1,000 signs up at the bar and grill saying “no beach access”, there were absolutely no signs along the trail or riverbank that said it was private property. None.

We continued to edge down to the riverbank.

Yolanda is definitely someone you want around if you’re getting yelled at by an angry tweaker. That is, she doesn’t take any shit from ANYONE. And she’s not afraid to fight nasty when the situation calls for it.  As a chilly, conflict-avoidant Northerner, I highly admire that.

In an instant, the tweaker backed down  like a dog getting a bop to the snout. 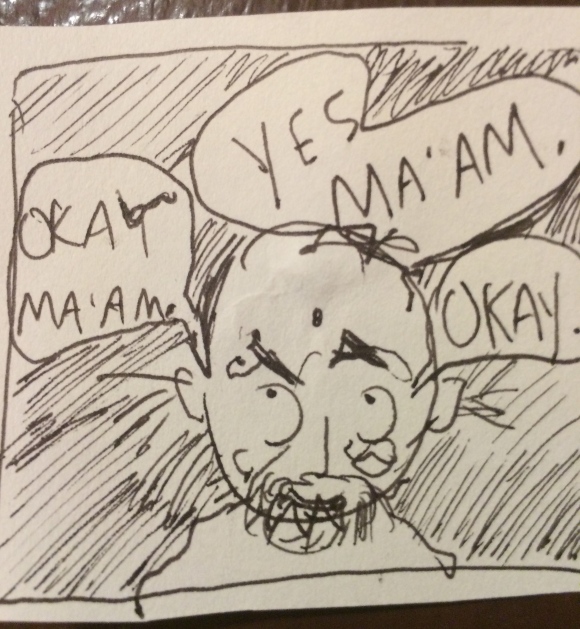 “He’s full of it.” Yolanda said to me. “ There’s no signs down here saying this is private property.” 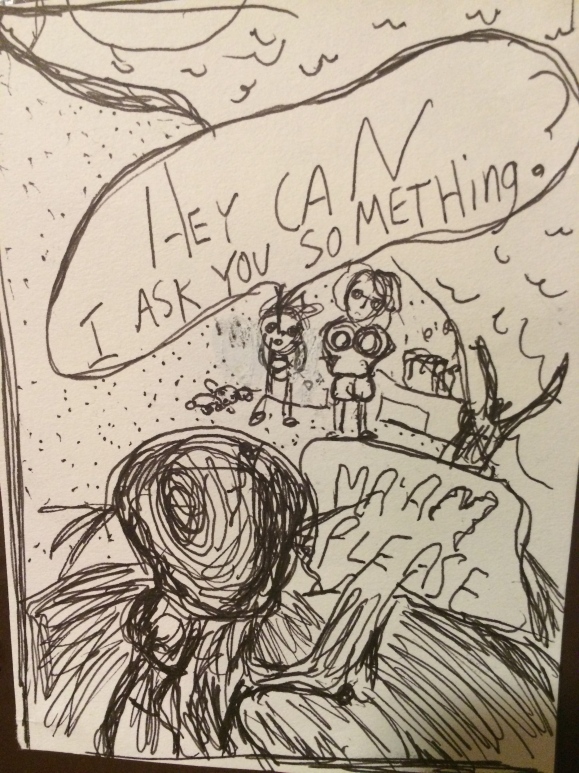 “Just what I thought,” she whispered to me. “Stop packing up your shit, we’re staying right here.”

And then, the angry man drove away on his ATV.

Time for some processing. 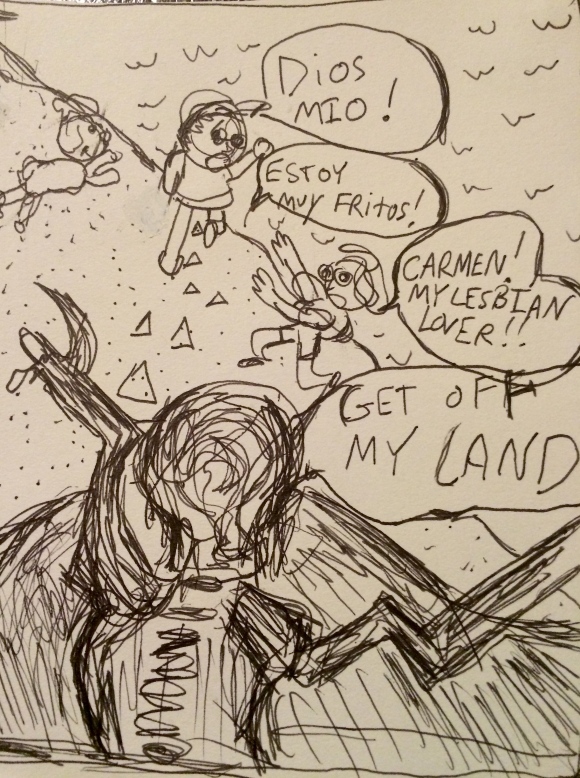 Seeing as we were in the clear, Yolanda relaxed and went for another wade in the mushroom river with Fozzi.  I continued working on my ultimate workout invention sketch.

About 20 minutes later, the angry tweaker man came back, this time with his old lady-a woman  who looked just as ravaged from mainlining sudafed  as he looked.

“Where exactly is the property line?” asked Yolanda. “That’s what I’m not clear about.”

“See, I told you they was difficult,” murmured the man.

And then, through the din of her screeching,  across the river, we heard voices. It was a gathering of young, attractive scantily clad people, on the opposite bank, waving to us. To us?? TO US!!

“Do you own that property across the way? Where those kids are waving?” Yolanda asked.

“Let’s go,” I said. “Let’s get away from the scary  people and join their party.”

And so, two emmisaries from the young and attractive camp, sent some friendly sea creature floaties over our way, and helped us load all of our stuff.

Once we arrived, we laughed at our good fortune. There was sand! Happy young people offering us beer and food! (note: not all young people suck.)

And so, we sat down in the lawn chairs under a shade tent,  and popped a beer, gazing across the river at the scene of our grisly trespassing crime. The other shore now seemed forbidding, rocky, and completely uninhabitable.

Adventures on the Russian River: Teaser

All we wanted was a mellow day at what’s left of the Russian River.

What we got was angry tweakers.